Here are my January 2016 Book Reviews

Was an enjoyable read after the first hundred pages or so. My main gripe with this book is Lisbeth and Mikael are not in the book as much as they were in the first three. Lisbeth really has a sporadic presence. Instead their are more secondary characters that move the story along. Really different that Larson’s writing.

I gave this Book 3 Stars on Goodreads.

She is the girl with the dragon tattoo—a genius hacker and uncompromising misfit. He is a crusading journalist whose championing of the truth often brings him to the brink of prosecution.

Late one night, Blomkvist receives a phone call from a source claiming to have information vital to the United States. The source has been in contact with a young female superhacker—a hacker resembling someone Blomkvist knows all too well. The implications are staggering. Blomkvist, in desperate need of a scoop for Millennium, turns to Salander for help. She, as usual, has her own agenda. The secret they are both chasing is at the center of a tangled web of spies, cybercriminals, and governments around the world, and someone is prepared to kill to protect it . . .

The duo who captivated millions of readers in The Girl with the Dragon Tattoo, The Girl Who Played with Fire, and The Girl Who Kicked the Hornet’s Nest join forces again in this adrenaline-charged, uniquely of-the-moment thriller.

Great Read, I enjoyed it. Rapid pacing. Liked the concept. The book is broken up into thirds. The middle third slows but is important to the story.

I gave this book 4 stars on Goodreads

70,000 years ago, the human race almost went extinct.
We survived, but no one knows how.
Until now.
The countdown to the next stage of human evolution is about to begin, and humanity might not survive this time.

The Immari are good at keeping secrets. For 2,000 years, they’ve hidden the truth about human evolution. They’ve also searched for an ancient enemy–a threat that could wipe out the human race. Now the search is over.

Off the coast of Antarctica, a research vessel discovers a mysterious structure buried deep in an iceberg. It has been there for thousands of years, and something is guarding it. As the Immari rush to execute their plan, a brilliant geneticist makes a discovery that could change everything.

Dr. Kate Warner moved to Jakarta, Indonesia to escape her past. She hasn’t recovered from what happened to her, but she has made an incredible breakthrough: a cure for autism. Or so she thinks. What she has found is far more dangerous–for her and the entire human race. Her work could be the key to the next stage of human evolution. In the hands of the Immari, it would mean the end of humanity as we know it.

Agent David Vale has spent ten years trying to stop the Immari. Now he’s out of time. His informant is dead. His organization has been infiltrated. His enemy is hunting him. But when David receives a coded message related to the Immari attack, he risks everything to save the one person that can help him solve it: Dr. Kate Warner.

Together, Kate and David must race to unravel a global conspiracy and learn the truth about the Atlantis Gene… and human origins. Their journey takes them to the far corners of the globe and into the secrets of their pasts. The Immari are close on their heels and will stop at nothing to obtain Kate’s research and force the next stage of human evolution–even if it means killing 99.9% of the world’s population. David and Kate can stop them… if they can trust each other. And stay alive.

Exciting, edge of your seat and suspenseful read. All I have to say.

I gave this  book 5 Stars on Goodreads.

Josh Michaels is worth more dead than alive. He just doesn’t know it yet. He has no idea why someone would try to kill him, clearly that’s exactly what happened. When an SUV forced Josh’s car off the road and into a river, it might have been an accident. But when Josh looked up at the road, expecting to see the SUV’s driver rushing to help him, all he saw was the driver watching him calmly…then giving him a “thumbs down” sign. That was merely the first attempt on Josh’s life, all of them designed to look like accidents, and all of them very nearly fatal. With his time–and maybe his luck–running out and no one willing to believe him, Josh had better figure out who wants him dead and why…before it’s too late.

I enjoyed it. I always like to read books set in my home state. Very twisty.

I gave this book 4 stars stars on Goodreads.

Heading west for the serene deserts of New Mexico with his three-legged dog, Patch, Abe Freeman hopes to escape the memories of his girlfriend’s lost battle with cancer. He expects his cross-country journey to be healing, not life-threatening. And he definitely doesn’t plan to wind up as the main suspect when a drifter he meets along the way, Easy Jackson, gets murdered.

When Abe’s lost knife turns up at the crime scene and Easy’s key appears in Abe’s backpack, Abe finds himself hunted by the police, biker gangs, and drug dealers, all of whom are determined to get their hands on that key. Caught up in the violence, Abe becomes desperate to prove his innocence. With help from Navajo police officer Emily Etcitty, he just might survive…and his heart just might find another reason to keep on beating.

Blogging about whatever comes to mind. Thriving While Writing!
Join 1,198 other followers
Follow B. Shaun Smith on WordPress.com 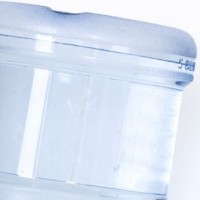